The Role of Soy Lecithin

"Lecithin" is derived from the Greek "Lekiths", which means "egg yolk". In 1844, the Frenchman Gohley discovered lecithin (yolk yolk) from egg yolks, and named it Lecithos (lecithin English name Lecithin) in Greek. It also revealed the mysterious lecithin. Lecithin is the basic substance of life, and human life cannot be separated from its nourishment and protection. Lecithin exists in every cell, and is more concentrated in the brain and nervous system, blood circulation system, immune system, and important organs such as liver, heart, and kidney. Lecithin was originally found in egg yolk. A fresh egg yolk contains about 10% lecithin. In recent years, lecithin has been hailed as the "three major nutrients" alongside proteins and vitamins, and has attracted much attention from the society.

In fact, lecithin exists in nature in a rich posture. It exists in the cells and brains of all animals and plants, is the main component of the cell surface envelope, and affects the passage of various substances through the cell membrane. Lecithin is a binding lipid that is synthesized by phosphatidic acid and choline, so it is also called phosphatidyl Choline or Lecithin in English. Lecithin determines the transfer of energy and information between cells. The human body has enough lecithin, which means that it has better immunity, metabolic power and vitality. Lecithin is also commonly known as brain gold.

Although lecithin was originally found in egg yolk, and the nutritional value and content of lecithin in egg yolk are also the highest, a fresh egg yolk contains about 10% lecithin. However, because the production of egg yolk lecithin is restricted by the extraction technology, process, and cost considerations, the amount successfully obtained is very small, and even if it is, the price is quite expensive. So the so-called lecithin generally refers to soy lecithin, soy lecithin has Food Grade Soy Lecithin. 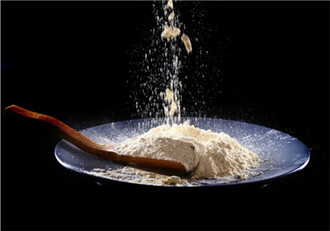 At present, there are two main processes for removing soybean oil from crude oil in the production process: acetone extraction and low temperature ultrafiltration. Soy lecithin obtained using the acetone extraction method will contain residues of the organic solvent acetone due to process reasons. However, the acetone extraction method is a process adopted by most Soy Lecithin Factory because of its simple production process, low cost and less equipment investment. Soy lecithin granules produced by physical methods such as low temperature ultrafiltration do not add organic solvents such as acetone during the processing, and there is no residue. Therefore, soybean lecithin capsules and granules produced by a process become non-residual soybean eggs. Phospholipids. The low temperature ultrafiltration method is currently a patented technology of American companies, and only a few companies have obtained production licenses, so there are fewer soy lecithin granule products without residuals.

Previous: What Are the Benefits and Functions of Soy Lecithin?

Next: The Efficacy and Contraindications of Soy Lecithin